Washington Discusses The Possibility To Reduce Oil Imports From Iran 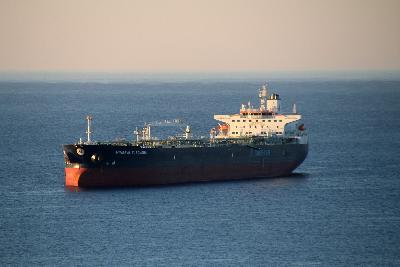 Washington Discusses The Possibility To Reduce Oil Imports From Iran

The US discussed the possibility of Beijing cutting Iranian oil exports amid talks to re-establish the nuclear deal.

In recent years, China has become the main importer of Iranian oil. Due to US sanctions, imports are carried out through third countries (Malaysia, Oman and the UAE) and are secretive. Iranian tankers even turn off automatic identification systems so that their movements are not tracked. Earlier, the authorities of China and Iran signed an agreement for 25 years, according to which Beijing pledged to invest USD 400 billion in exchange for stable oil supplies.

They used the sanctions bodies to respond to the circumvention of anti-Iranian sanctions, including deals with China. They contacted the Chinese side at the diplomatic level as part of the dialogue on Iranian policy.

In 2015, the United Kingdom, Germany, China, Russia, the United States, France and Iran signed a Joint Comprehensive Plan of Action for the Iranian nuclear program. The deal included the lifting of sanctions in exchange for limiting Iran's nuclear program as a guarantor of Tehran's non-receipt of nuclear weapons. In May 2018, then-US President Donald Trump decided to unilaterally withdraw and reinstate tough sanctions against Tehran. In response, Iran announced a phased reduction in its obligations under the agreement, abandoning restrictions on nuclear research, centrifuges and the level of uranium enrichment.