The USA Plans To Impose Further Sanctions Against Iran 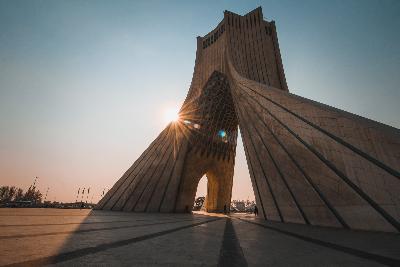 The USA Plans To Impose Further Sanctions Against Iran

According to The Wall Street Journal, in July the United States decided to impose tough sanctions against Iran over the supply of oil to China. The new restrictions are likely to target freight transport systems. They will come into force if the negotiations on the nuclear deal fail.

The American authorities are considering other options as well. For example, to convince China, India and other importers of Iranian oil to reduce purchases of oil products and other goods from this country, as well as to curtail cooperation with the republic in the financial sphere.

Earlier, Iranian Oil Minister Bijan Zangane said that the country can dramatically increase oil production to 6.5 million barrels per day. Thus, he commented on the possible lifting of US sanctions on the export of raw materials.

The United States imposed repeated sanctions on Iran at the end of 2018, a few months after the country withdrew from the Iranian agreements. In relation to Tehran, there is a ban on oil exports and transactions with the US national debt. Nevertheless, Iran remains the fourth largest member of the OPEC countries in terms of production.