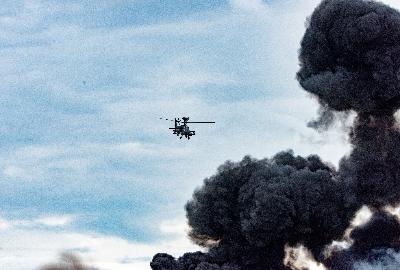 Analysts predict that due to the drone attack on two oil refineries in Saudi Arabia, the oil prices may rise significantly. Experts believe that this will happen if the situation with the Saudi refineries is not settles within 30 days.

According to analyst Bob McNelly, oil prices will rise by 15−20 USD per barrel in the near future. On average, prices have already risen by 13% due to events in Saudi Arabia.

Saudi Arabia is the largest exporter and one of the three largest oil producers. After an attack on its oil facilities, the country has cut its oil production by more than half, i.e. by 5.7 million barrels per day from the usual mark of about 9.8 million. The drone attack on oil facilities in Saudi Arabia occurred on September, 14.

The Hussite Yemeni rebels took the responsibility for this action. The U.S. Secretary of State said there is no evidence that the attack came from Yemen and blamed Iran on it. Iran denies the allegations.

The risk of new attacks and threats that Saudi Arabia will not be able to restore its production in a short time resulted in a 15% price rise. The situation in the Middle East may become worse due to the U.S. suspicions against Iran.