Iran Prevented Hijacking Of Oil Tanker In The Gulf Of Oman 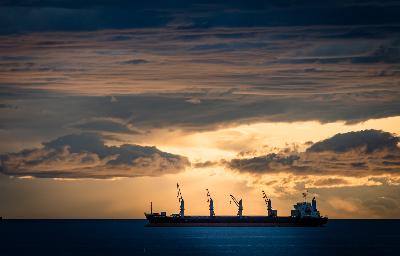 Iran Prevented Hijacking Of Oil Tanker In The Gulf Of Oman

On November 3, the US military forces attempted to hijack an Iranian oil tanker in the Gulf of Oman. Iran's naval forces have prevented the seizure. The US military pursued the tanker using several helicopters and ships.

With timely and authoritative actions, the IRGC Navy prevented a pirate attack and an attempt to steal Iranian oil by the United States. In the course of this action, the United States seized a tanker carrying Iranian export oil in the waters of the Oman Sea, redirected it to another tanker and sent it in an unknown direction. The IRGC Navy intercepted this tanker in a timely manner and sent it to the territorial waters of Iran.

At the same time, it is specified that after that the US military again tried to block the path of the tanker with the help of additional warships, however, this attempt ended in failure due to the measures of the Iranian military. The tanker is currently in the territorial waters of Iran.

Earlier this year, in the Gulf of Oman off the coast of the United Arab Emirates (UAE), the armed men hijacked the Panama-flagged Asphalt Princess tanker. According to media reports, the British special services admitted that Iranian servicemen could be involved in the incident. In turn, the Iranian Foreign Ministry rejected the involvement of the country's authorities in the incident.