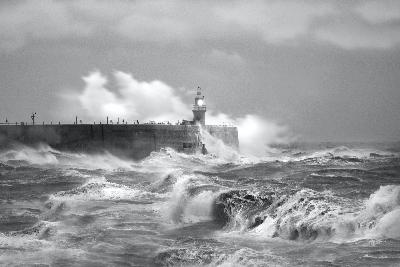 According to the Fox News with reference to the largest American environmental agency Bureau of Safety and Environmental Enforcement (BSEE), in the Gulf of Mexico, due to the impending hurricane Ida, oil production will decrease by more than 90%, and gas production has decreased by almost 85%.

Half of the workers have been evacuated from the Gulf of Mexico - 279 of the 560 platforms are currently empty, the agency reports. In addition to that, oil rigs all over the bay were left without people. Also, oil and gas wells located on the ocean floor were closed. This includes closing subsurface safety valves below the ocean floor to prevent oil or gas from being released.

The agency has formed a response team that will monitor the situation with government services until operations return to normal and the storm is no longer a threat. Earlier, the US President Joe Biden approved the declaration of a state of emergency in Louisiana at the federal level. A similar situation is observed in some areas of New Orleans.

The Bureau explained that the measures taken are a standard procedure dictated by safety and environmental requirements. After the hurricane has passed, specialists will check the production capacity and the undamaged facilities will be immediately put into operation. Ida is now over the Gulf of Mexico, heading north towards Louisiana.