Gasoline Will Rise In Price By 20 Times In Venezuela 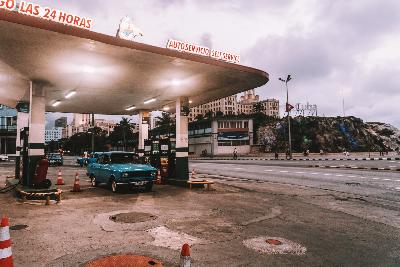 Gasoline Will Rise In Price By 20 Times In Venezuela

Venezuela will raise gasoline prices to 10 centimes (0.1 bolivars) per liter, according to a statement on the website of the state oil company PDVSA. The cost of subsidized fuel in the country will grow 20 times at once, but it will still remain one of the lowest in the world.

The PDVSA attributed the price change to a correction in line with the Bolivar denomination. On October 1, Venezuela has launched a new currency, the digital bolivar. This is the second increase in subsidized prices since June 2020, when the government of President Nicolas Maduro refused to freeze prices.

Even after significant raise, gasoline in Venezuela remains one of the cheapest in the world. Before the increase, it cost 0.1 US cents per liter, now it will cost 2.3 US cents. Since June 2020, Venezuela has two gasoline prices: in addition to the subsidized one, there is another one which is 50 US cents per liter. Venezuela has a monthly quota of 120 liters for subsidized gasoline, and the government did not specify if this figure will change. According to the calculations, out of 500 petrol stations in Venezuela, 1000 stations often sell gasoline, of which 500 at subsidized prices and 500 at dollar prices.

Venezuela has been under US sanctions since the beginning of 2019 which has limited the country's ability to export oil, its main product. Washington also threatened other countries with punishment for doing business with PDVSA.

In August, Reuters reported that Maduro's government was negotiating an oil-for-food trade. Previously, Caracas exchanged oil for diesel fuel and water carriers from Mexico, used it to pay off debts. In January 2021, Bloomberg claimed that Venezuelan oil was being secretly supplied to China.